In accounting and economics, fair value is a rational and unbiased estimate of the potential market price of a good, service, or asset.  It takes into account such objective factors as:

and subjective factors such as

In accounting, fair value is used as a certainty of the market value of an asset (or liability) for which a market price cannot be determined (usually because there is no established market for the asset). Under US GAAP (FAS 157), fair value is the amount at which the asset could be bought or sold in a current transaction between willing parties, or transferred to an equivalent party, other than in a liquidation sale.  This is used for assets whose carrying value is based on mark-to-market valuations; for assets carried at historical cost, the fair value of the asset is not used.  The fair-value balance sheet provides information for investors who are interested in the current value of assets and liabilities, not the historical cost.

There are two schools of thought about the relation between the market price and fair value in any kind of market, but especially with regard to tradable assets: 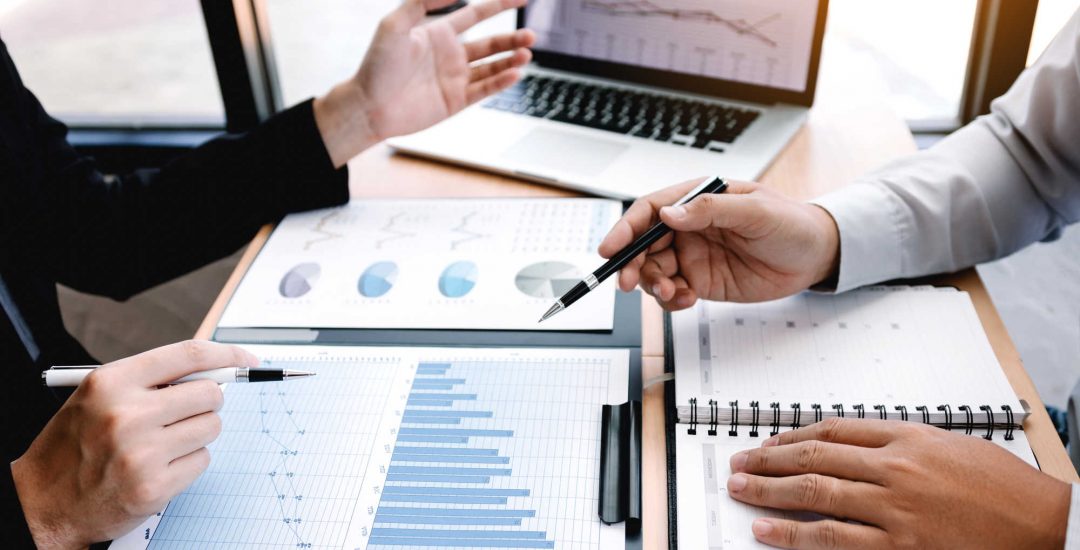 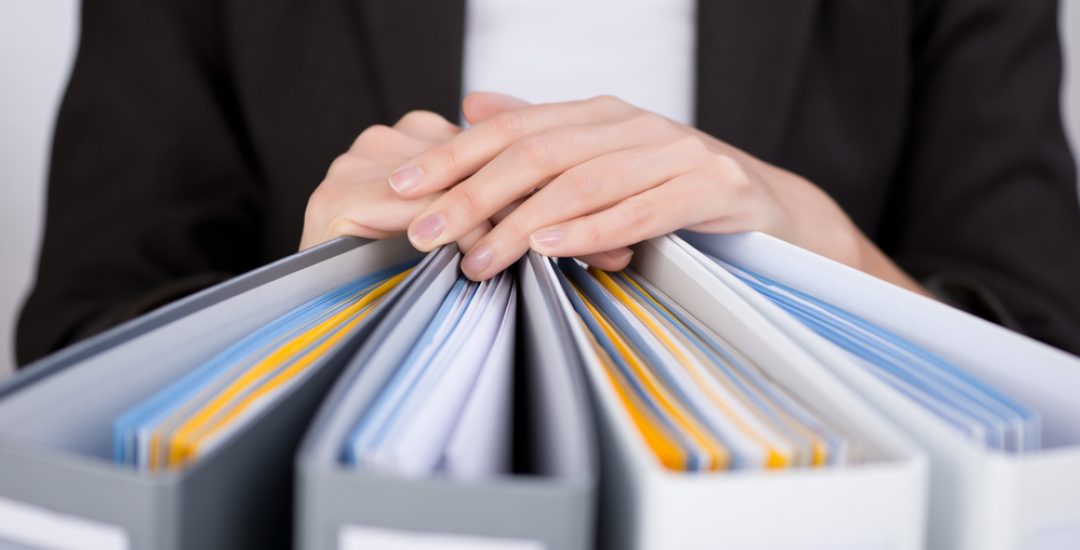 So as the term is generally used, Fair Value can be clearly distinguished from Market Value. It requires the assessment of the price that is fair between two specific parties taking into account the respective advantages or disadvantages that each will gain from the transaction.  Although Market Value may meet these criteria, this is not necessarily always the case.  Fair Value is frequently used when undertaking due diligence in corporate transactions, where particular synergies between the two parties may mean that the price that is fair between them is higher than the price that might be obtainable on the wider market.  In other situations Special Value may be generated. Market Value requires this element of Special Value to be disregarded, but it forms part of the assessment of Fair Value.

The Financial Accounting Standards Board (FASB) issued Statement of Financial Accounting Standards No. 157: Fair Value Measurements (“FAS 157”) in September 2006 to provide guidance about how entities should determine fair value estimations for financial reporting purposes.  FAS 157 broadly applies to financial and nonfinancial assets and liabilities measured at fair value under other authoritative accounting pronouncements. However, application to nonfinancial assets and liabilities was deferred until 2009. Absence of one single consistent framework for applying fair value measurements and developing a reliable estimate of a fair value in the absence of quoted prices has created inconsistencies and incomparability. The goal of this framework is to eliminate the inconsistencies between balance sheet (historical cost) numbers and income statement (fair value) numbers.

Subsequently, FAS 157 was subsumed into FASB Accounting Standards Codification (ASC) Topic 820 (Fair Value Measurement), which now defines fair value as “The price that would be received to sell an asset or paid to transfer a liability in an orderly transaction between market participants at the measurement date.”  This is sometimes referred to as “exit value”. In the futures market, fair value is the equilibrium price for a futures contract. This is equal to the spot price after taking into account compounded interest (and dividends lost because the investor owns the futures contract rather than the physical stocks) over a certain period of time. On the other side of the balance sheet the fair value of a liability is the amount at which that liability could be incurred or settled in a current transaction.

Topic 820 emphasizes the use of market inputs in estimating the fair value for an asset or liability.  Quoted prices, credit data, yield curve, etc. are examples of market inputs described by Topic 820.  Quoted prices are the most accurate measurement of fair value; however, many times an active market does not exist so other methods have to be used to estimate the fair value on an asset or liability.  Topic 820 emphasizes that assumptions used to estimate fair value should be from the perspective of an unrelated market participant.  This necessitates identification of the market in which the asset or liability trades. If more than one market is available, Topic 820 requires the use of the “most advantageous market”. Both the price and costs to do the transaction must be considered in determining which market is the most advantageous market.

The framework uses 3-level fair value hierarchy to reflect the level of judgment involved in estimating fair values. The hierarchy is broken down into three levels:

The preferred inputs to valuation efforts are “quoted prices in active markets for identical assets or liabilities,” with the caveat that the reporting entity must have access to that market. An example would be a stock trade on the New York Stock Exchange. Information at this level is based on direct observations of transactions involving the identical assets or liabilities being valued, not assumptions, and thus offers superior reliability. However, relatively few items, especially physical assets, actually trade in active markets. If available, a quoted market price in an active market for identical assets or liabilities should be used. To use this level, the entity must have access to an active market for the item being valued. In many circumstances, quoted market prices are unavailable. If a quoted market price is not available, preparers should make an estimate of fair value using the best information available in the circumstances. The resulting fair value estimate would then be classified in Level Two or Level Three.

This is valuation based on market observables. FASB acknowledged that active markets for identical assets and liabilities are relatively uncommon and, even when they do exist, they may be too thin to provide reliable information. To deal with this shortage of direct data, the board provided a second level of inputs that can be applied in three situations: The first involves less-active markets for identical assets and liabilities; this category is ranked lower because the market consensus about value may not be strong. The second arises when the owned assets and owed liabilities are similar to, but not the same as, those traded in a market. In this case, the reporting company has to make some assumptions about what the fair value of the reported items might be in a market. The third situation exists when no active or less-active markets exist for similar assets and liabilities, but some observable market data is sufficiently applicable to the reported items to allow the fair values to be estimated.

For instance, the price of an option based on Black–Scholes and market implied volatility. Within this level, fair value is estimated using a valuation technique. Significant assumptions or inputs used in the valuation technique require the use of inputs that are observable in the market. Examples of observable market inputs include: quoted prices for similar assets, interest rates, yield curve, credit spreads, prepayment speeds, etc. In addition, assumptions used in estimating fair value must be assumptions that an unrelated party would use in estimating fair value. Notably, FASB indicates that assumptions enter into models that use Level 2 inputs, a condition that reduces the precision of the outputs (estimated fair values), but nonetheless produces reliable numbers that are representationally faithful, verifiable and neutral

The FASB describes Level 3 inputs as “unobservable.” If inputs from levels 1 and 2 are not available, FASB acknowledges that fair value measures of many assets and liabilities are less precise. Within this level, fair value is also estimated using a valuation technique. However, significant assumptions or inputs used in the valuation technique are based upon inputs that are not observable in the market and, therefore, necessitates the use of internal information. This category allows “for situations in which there is little, if any, market activity for the asset or liability at the measurement date.” FASB explains that “observable inputs” are gathered from sources other than the reporting company and that they are expected to reflect assumptions made by market participants. In contrast, “unobservable inputs” are not based on independent sources but on “the reporting entity’s own assumptions about the assumptions market participants would use.” The entity may only rely on internal information if the cost and effort to obtain external information is too high. In addition, financial instruments must have an input that is observable over the entire term of the instrument. While internal inputs are used, the objective remains the same: estimate fair value using assumptions a third party would consider in estimating fair value. Also known as mark-to management. Despite being “assumptions about assumptions,” Level 3 inputs can provide useful information about fair values (and thus future cash flows) when they are generated legitimately and with best efforts, without any attempt to bias users’ decisions.

During the last financial crisis, the FASB published a staff position brief on October 10, 2008, in order to clarify the provision in case of an illiquid marke

IFRS 13, Fair Value Measurement, was adopted by the International Accounting Standards Board on May 12, 2011.  IFRS 13 provides guidance for how to perform fair value measurement under IFRS and took effect on January 1, 2013.  It does not provide guidance as to when fair value should be used.  The guidance is similar to the US GAAP guidance.

BizValue, Ltd. is a middle-market business appraisal, litigation support services, and forensic accounting consultancy firm with offices in New York City/Long Island, and Raleigh, North Carolina. We are an affiliate of the National Business Valuation Group, which has over 20 offices throughout the United States, and ranks among the largest business valuation associations in the country.